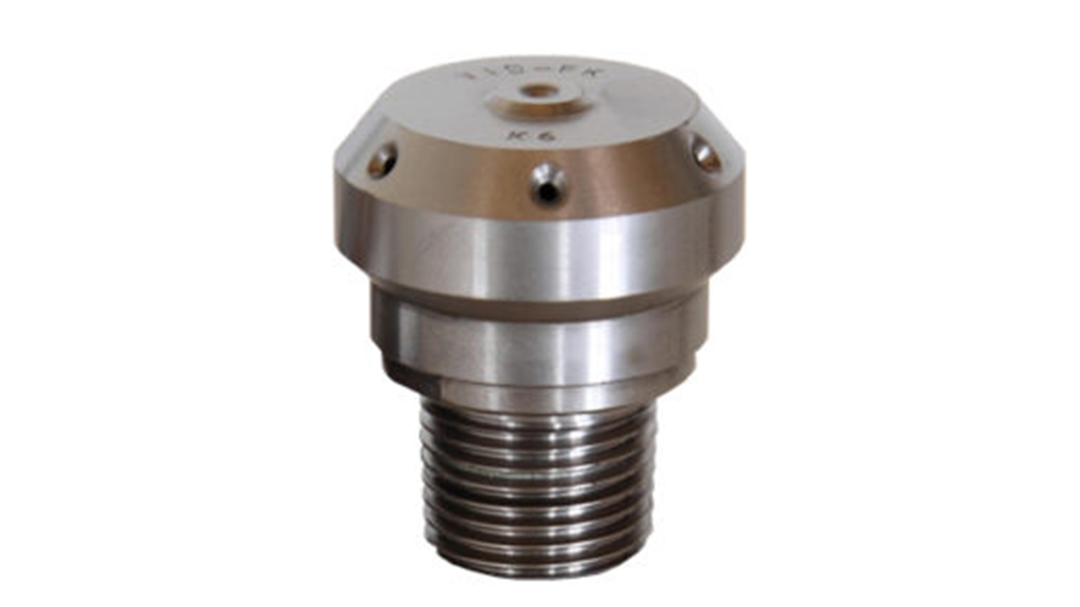 According to the NFPA definition, water mist is a water spray for which 99% of the total volume of liquid (Dv0.99) is distributed in droplets with a diameter less than 1000 microns at the minimum design operating pressure of the water spray nozzle.

Droplet size was considered in the early stage of water fog as an important tool for categorizing water mist, as people thought that droplet size and fire fighting performance were correlated. Therefore, older standards and codes differentiated water mist systems based on the droplet size in the system and required droplet sizes to be measured.

This is not the case in up-to-date codes and standards as it has long been proven that only large scale fire tests, and not droplet size, will show whether a system can cope with a certain risk or not.

The reason people thought there was a correlation was because the water mist showed remarkable results in machinery enclosures where tiny water droplets could easily evaporate and turn into inert gas (water vapor) due to the heat created by the big fires and extinguish any fires like gas. It is a fast and efficient system.

However, empirical testing evidence shows that a mixture of many different sized droplets can do the same in enclosures and provide even better results in deep-seated Class A fires. For the same reason, water mist systems will always be chosen based on positive test and approval results, and not just droplet size.

How does water mist work?

Most fires are the result of a process of pyrolysis and oxidation.

The pyrolysis process occurs when energy (heat) is applied to the surface of a fuel, as at some point the fuel begins to decompose into flammable gases (eg CH4 = methane).

The oxidation process occurs when more energy (heat) is applied to the atmosphere and flammable gases. At this point, the oxygen molecules found in the atmosphere break down and go along with the flammable gas molecules. This process releases energy and is what we see as fire, flames, and heat.

Water mist is a very effective means of fighting fires, as it can interfere with both the pyrolysis process and the oxidation process.

Fight against the oxidation process

Fire cooling: Small drops of water evaporate easily as they have a large surface area per volume of water. When water evaporates it costs energy and this energy is removed from the fire. If as much energy can be removed as the fire produces, the fire is under control.

Smothering fire: Water vapor is created when water evaporates and the vapor is an inert gas that does not participate in the oxidation process. Therefore, it helps to reduce the amount of oxygen in the vicinity of the fire, since it replaces the «normal» atmosphere. The more inert gas kept close to the fire, the better the performance, and if as much inert gas as normal atmosphere can be kept, the oxygen level will be reduced to 11% and the fire cannot exist as it costs more energy to operate the oxidation process that it produces.

Fight against the pyrolysis process

Putting out the fire: Water droplets are distributed from the nozzles at high speed and this can be used to put out the fire. In fact, what happens is that the energy source is removed from the surface of the fuel, so no additional flammable gases can be created. Doing so allows the fire to suffocate.

Why are water mist systems effective even though they use less water?

Through specially designed nozzles, the system distributes water mist droplets at high speed and with a wide range of droplet sizes ranging from almost invisible droplets to large droplets. The wide variety of droplets helps fight fire in many different ways at the same time. Larger droplets penetrate the fire column and end up on the fuel surface where they prevent flammable gases from being created. The medium-sized droplets penetrate the fire column and evaporate within the fire creating a large quantity of inert gases where it is needed. The small droplets evaporate on the outside of the fire creating a cool atmosphere that ensures that the fire does not spread.

The water mist system allows four fire fighting methods at the same time, thus optimizing the use of water to the maximum.

Some advantages of sprinklers

– Reduces the weight of the systems

– May be more effective in hydrocarbon fire performance

Parameters for the definition of the application to match it with a system that can be accepted.

n order to match the right system to a project, the specifics / challenges of the project will be determined.

– What type of application will be protected? for example, atrium, office, laboratory, machinery space.
– What kind of protection is needed? For example, cooling, wetting, control and suppression, quenching, etc.

When a suitable system is found that matches the project specifications, the next step is to ensure what approvals and certifications are required by the authorities with local jurisdiction.

How to work with a water mist system?

We can help and guide you throughout the process of study, design, assembly and installation of the water mist system that best suits the nature and requirements of your company.